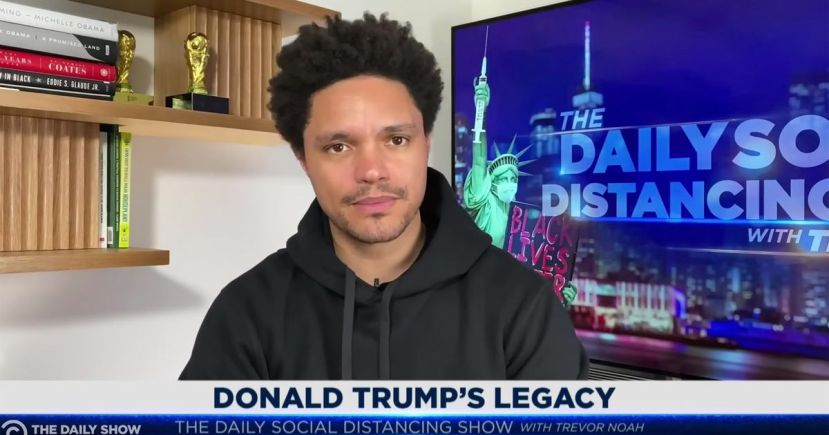 Trevor Noah has been away over the Christmas break, but on Tuesday he returned to our screens — and his comeback monologue packed a pretty serious punch.

Over the course of seven minutes the Daily Show host recapped the pro-Trump Capitol riot which left five dead (including a police officer) and many more under FBI investigation, before unpacking the fallout and calling “bullshit” on Fox News, Republicans, and social media companies alike.

“Ah, I get it now,” says Noah in the clip above, after playing a montage of Fox hosts excusing the behaviour of the violent mob that stormed the Capitol. “These people weren’t ‘creepy bloggers,’ they were ‘solid’ law-abiding Americans. And nobody is allowed to kill cops except for the people who respect cops. They can do whatever they want. Read more…More about The Daily Show, Trevor Noah, Entertainment, and Movies Tv Shows
http://dlvr.it/Rvtttf